Home>Articles>Metrobots Team 3324 First Robotics Competition Participants and IC3D Team Up for the 2016 Build Season!
All IC3D resources are currently devoted to the COVID response. This may result in longer lead times for non-COVID related orders.
We have also added a NO COLOR PREFERENCE option to be able to ship out orders fast.
Customers, please note we have increased the amount of filament on the 2.3kg (5lb) spool to 2.5kg (5.5lb) spool and have also increased the price by the same rate. This was done to help standardize our bulk packaging and improve our efficiency. We appreciate your business.
FREE SHIPPING ON ALL 3D PRINTING FILAMENT ORDERS IN THE CONTINENTAL U.S. OVER $75!
Previous Next

“In First Stronghold, two Alliances of three robots each are on a Quest to breach their opponents’ fortifications, weaken their tower with boulders, and capture the opposing tower. Robots score points by breaching opponent’s defenses and scoring boulders through goals in the opposing tower. During the final 20 seconds of the Quest, robots may surround and scale the opposing tower to capture it.” 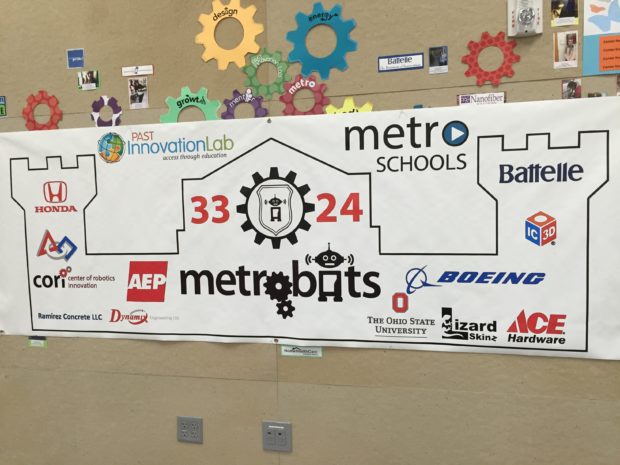 It may sound like an exciting game, but to the Metrobots Team 3324 First Robotics Competition participants, it’s serious business. The team members are students at Metro Early College High School in Columbus, Ohio and they aren’t just playing around with robots.

The Stronghold FRC launched January 9, 2016. Since that day, Team 3324 was completely focused on progressing through the build season. Project managers Eilidh Cowan and Maria Krantz carried the responsibility of executing the project, and Maddie Birdsell was robot lead, overseeing robot related subgroups.

Their mentors are Metro Early College High School faculty member Dr. Andrew Bruening, and IC3D co-founder Michael Cao. Dr. Bruening is the official coach of Team 3324 and Director of the Fab Lab at PAST. He brings rapid prototyping skills and years of robotics experience to the team.

Dr. Bruening acknowledges the progress made throughout the season by Team 3324. “This season’s game, Stronghold, was one of the more intense challenges in recent years.  It required our team to design and build a robot that could withstand brutal ‘castle sieges’.” 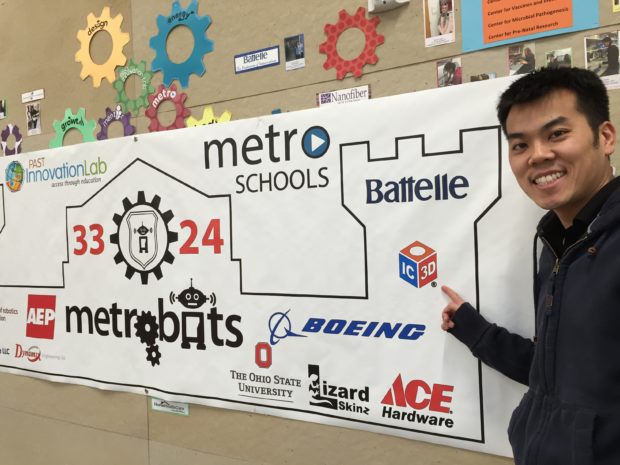 Michael Cao is a senior mechanical engineer at Honda R&D by day. He nurtures a fondness for 3D printing when he’s not designing the interior of the 2017 Acura NSX. Michael used his mechanical engineering and project management experience to support Team 3324 throughout their build season. IC3D donated their high-quality filament to build a 3D mockup of the competition field to help the team prepare for their big day.

Want to learn more about the project? Check out this video.

About the Author: Kimberly G